Principal For A Day at Lithia Springs High School

Lithia Springs High School was the first high school in Georgia to earn certification for its science, technology, engineering and math (STEM) program at both state and national levels. The certification indicates that Lithia Springs has demonstrated a commitment to preparing students for educational and career opportunities of the future. 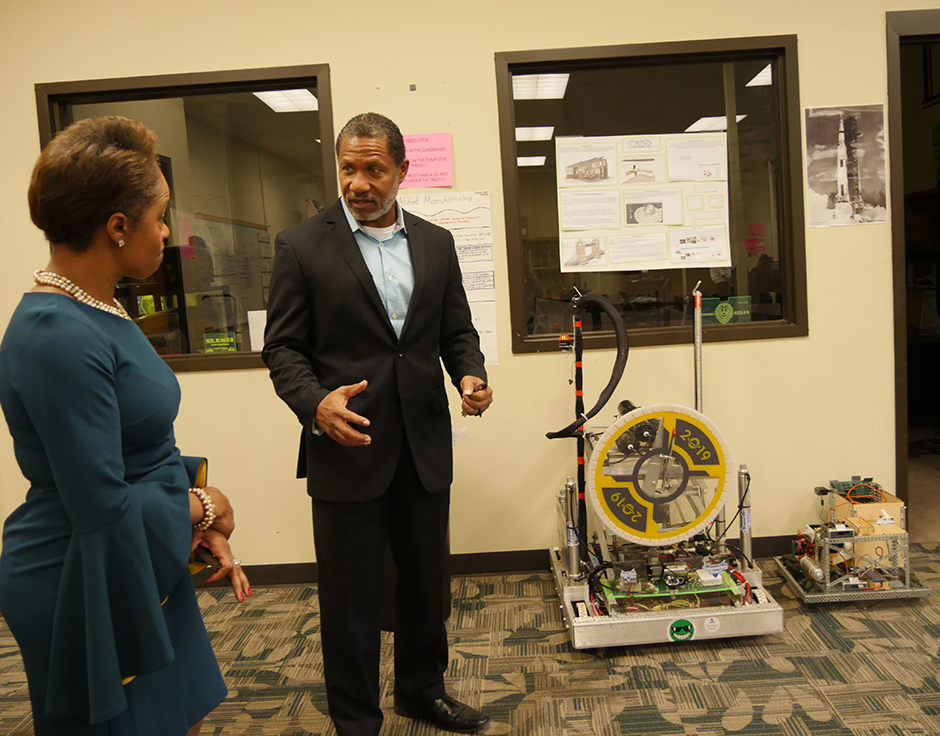 The Marines recently donated over $200,000 worth of equipment for the JROTC Drill & Rifle Team which is lead by Chief Paul Robinson who is also the Lithia Springs Teacher of the Year. 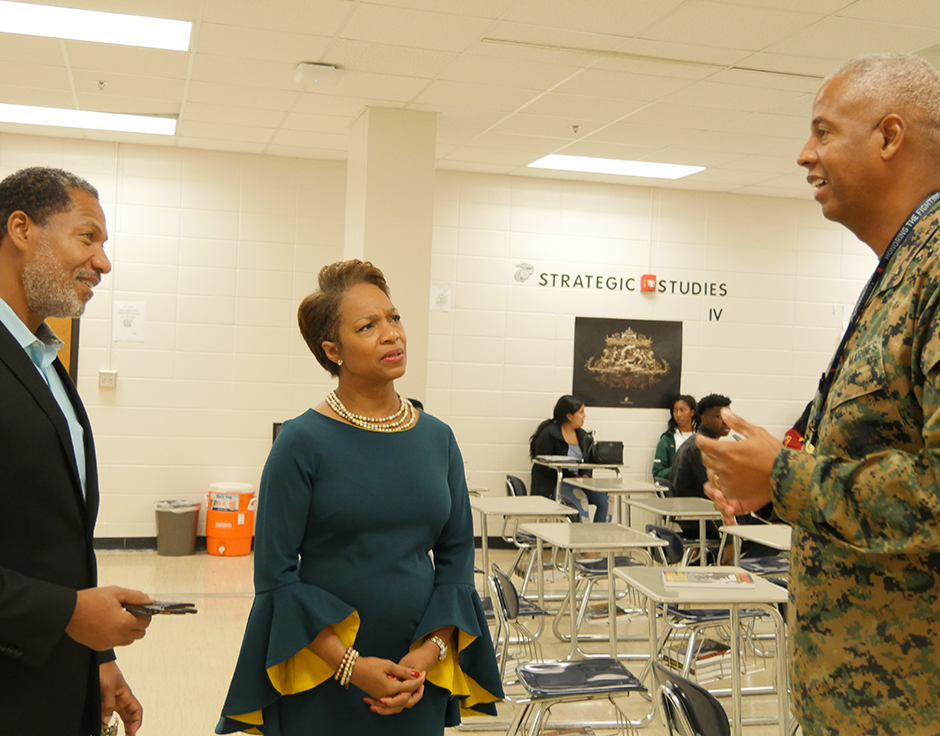 Principal Robinson also congratulated Head Coach Corey Jarvis for their stellar football season. She presented Coach Jarvis with a congratulatory letter. Under his leadership, the Lions made it to the State playoffs for the 3rd time in school history. This is Coach Jarvis's first year at LSHS.

The LSHS Softball team won the region playoffs for the 2nd year in a row and this year they made it to the second round of state. The Cheerleading Team won Competition Cheer and they were Region Champions for the 3rd consecutive year. 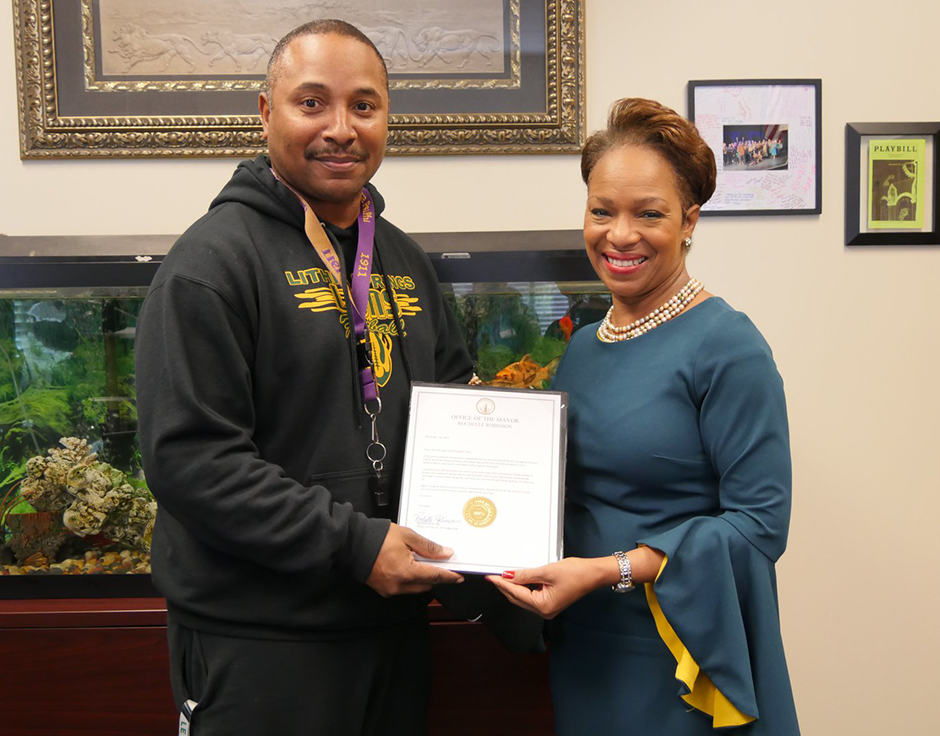 Lithia Springs will soon be offering its first dual enrollment program called “The College Experience at Lithia” in partnership with West Georgia Tech. They also will be offering EMT Certification and students who complete the program will have the qualifications to enter the workforce.

Special thanks to Principal Lindsey and the entire LSHS "Staffulty" and Student Body for welcoming Mayor Robinson.