In partnership with property and business owners in Downtown Douglasville and the Downtown Development Authority (DDA), Main Street Douglasville held a ribbon cutting on Thursday, February 13 to commemorate the second phase of its Downtown Lighting Project.

The second of three phases, this project focused on installing lights that would arch above the pathway behind the stage on O’Neal Plaza. This helps illuminate and create a more inviting space to attract downtown visitors to the lending libraries and gaming areas located there. The first phase of this project hung lights in the walkway directly behind downtown restaurants like Fabiano’s and Gumbeaux’s.

“This project was a true partnership with the downtown businesses and the DDA,” Mayor Rochelle Robinson stated. “I’d like to thank them for their commitment and partnership with us as we work toward recreating Downtown Douglasville.” 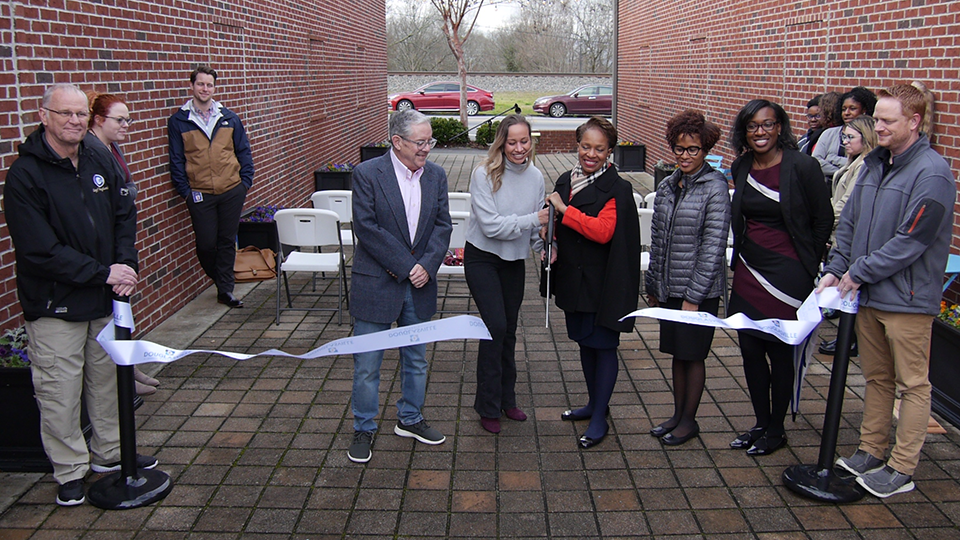