GDOT crews have been making significant progress on the State Route 92 relocation project thus far in 2020. They have completed various bridge improvements along the railroad tracks and have been working hard to clear rock for the underpass on Veterans Memorial Highway. Clearing this rock will serve as a connector to the north and south sides of the railroad tracks.

Recently, GDOT District 7 representatives contacted the Public Services Department and indicated that the method of rock removal for the underpass on Veterans Memorial Highway will need to be changed from blasting to drilling. This is due to the amount of seismic vibration caused by the blasting. While they’ll continue to do some blasting, they will primarily utilize a hammer drill to clear the rock.

“Rather than drilling into the rock and blasting, the crews will have to break the rocks up mechanically. This process is going to be extremely loud and residents need to be aware of that.” Public Services Department Director, Greg Roberts, said. “The work will get finished just the same and this shouldn’t delay the project, however.” 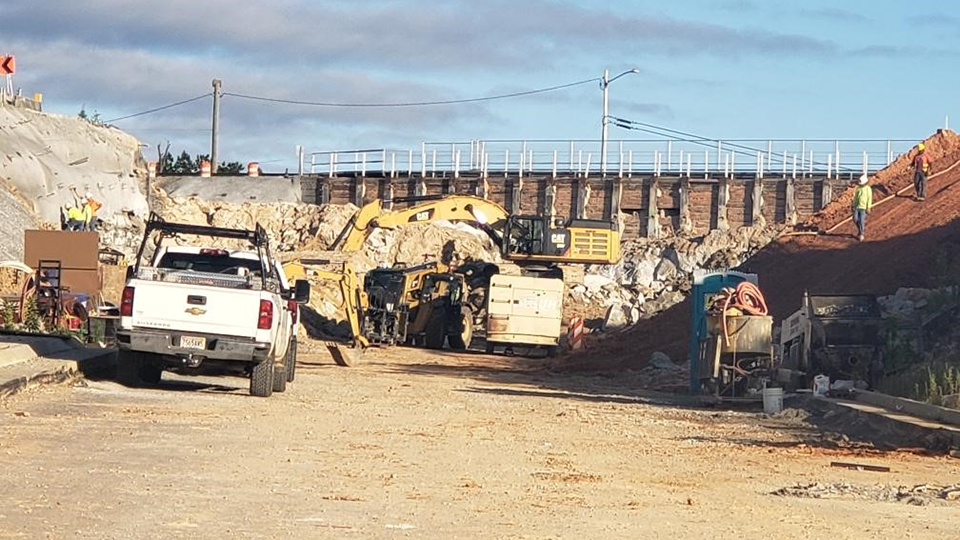 GDOT has also indicated that the drilling will only be done during daytime hours, there will be no nighttime or early morning work. They hope to have the equipment on site beginning on Monday, June 15 with drilling beginning as early as Tuesday, June 16 or Wednesday, June 17.

Residents and businesses located on Fulghum Drive, East Strickland Street, and Brown Street will likely be the most affected by the drilling noise.

For more information, contact the Public Services Department at 770-920-3005. Updates will also be posted on the City of Douglasville website at www.DouglasvilleGA.gov and on social media.